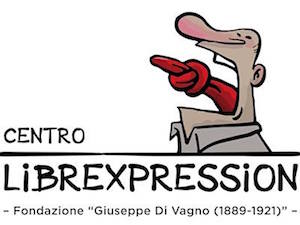 Created in January 2017, operational since June 2017, the Centro LIBREXPRESSION is a Euro-Mediterranean Center for the promotion of freedom of expression and political satire.

Target: to promote freedom of expression, freedom of the press and political satire - an indispensable tool for democracy -, particularly graphic, but not only, as a relevant form of information and to develop its use, both in teaching and in various media (newspapers, audiovisuals, social networks) and in the field of graphic art.

A Scientific Council, composed of cartoonists, photographers, journalists, university specialists in matters related to freedom of expression, ensures the consistency of the activities.

Organization: The center is organized around five pillars, which should all be fully operational by 2020:

1 - An activity to promote freedom of expression and political satire (ongoing activities), with the organization of public conferences, participation in journalism or cultural festivals, radio and TV broadcasts, thematic exhibitions. This activity started in June 2017. (See the list in the annex).

2 - A database of vignettes, illustrations and photographs (under construction), to promote the work of the members of the Centro LIBREXPRESSION (cartoonists, graffiti artists, illustrators, photographers ... who are Italian, European and on the other side of the Mediterranean) - on the subject of political and social satire - at the media, the teachers of high schools and universities, journalists, writers ... This database will take up the works chosen by the members, classified both thematically and by author, with a search engine. This bank will allow potential users to find illustrations for their articles, video broadcasts, site illustrations, books, teaching, etc.

3 - A documentation center (started), physical library (at the Di Vagno Foundation) and virtual, on the theme of freedom of expression, satire and political caricature (on all its forms and particularly graphic), from antiquity until now. It will be a department of the Foundation's library, which already has hundreds of publications on this topic. Collections of historical satirical cartoons will be scanned, with indications of copyright, accessible only in reading and not downloadable, but, with the possibility of publication for those who would like to acquire their reproduction rights.

4 - A residence for artists (project), located in Monastero San Benedetto in Conversano. Between two and three months, between four and six artists will be invited, half of the European destination - half of the other side of the Mediterranean, to dedicate themselves to their art. In exchange they will have to spend some time at conferences, workshops and artistic work on the region.

5 - An educational activity (in progress): The center intends to produce in collaboration with European partners sharing similar objectives and philosophy of action, of training modules (usable both live and via internet) for the attention of students of high schools, professors and university students, particularly design schools, on the theme of freedom of expression (what it means, what are the rights and duties, how to look for and verify the information, the dangers and the merits of the network, how to read an image, etc.)

This site uses only "technical cookies" necessary to ensure the user the best browsing experience. This site uses cookies, including third-party cookies, solely for the functioning of all components and for statistical purposes. No cookies are used for profiling purposes.